The GHG Mandate Big Dipper: A Drop in Transportation Operating Costs That Will Last a Decade 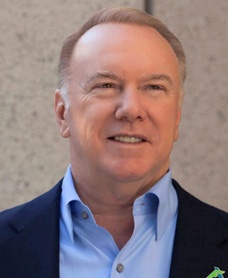 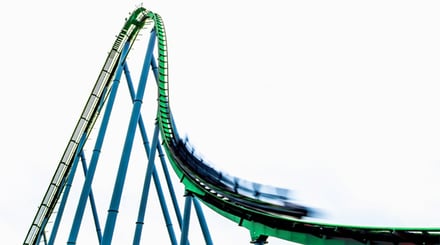 There have been literally hundreds of articles and commentaries written on the environmental effects on the transportation industry of the latest GHG Regulations that were finalized on August 16, 2016.  While we all understand that the regulations will reduce millions of metric tons of CO2 into the atmosphere, few understand the long-term impacts on their operating budgets and their bottom line.

With the high cost of the emissions regulations of the 2000’s still reeling in the minds of many transportation executives, these new regulations may trigger ‘Particular Matter’ anxiety.  However, this time is different, it delivers enormous cost saving opportunity that will last through the next decade—but only to those willing to change the status quo.

We are in the midst of a unique and opportune period in the transportation industry; a time when the cost of maintaining the status quo is far greater than the cost of implementing change within an organization.  The GHG regulations place the burden of reaching an incredible 25% improvement in fuel economy by 2027 squarely on the OEM--not on the end user.  However, many fleets are going about their business as-usual without calculating the long-term cost saving effects on their budgets and balance sheets.  We recommend you analyze the numbers and ‘what-if’ scenarios on how these regulations will affect your bottom line through the full term of the mandates.

Those that are judicious enough to analyze the effects of the mandate will inevitably conclude that in order to maximize cost reductions, the wisest change their fleet management can make is to shorten their vehicle trade cycle.  Implementing a shorter vehicle lifecycle will provide opportunity to capture fuel economy improvements more frequently and allow vehicles to remain under a constant state of warranty—lowering your total cost of operations at every trade cycle through 2027.

Those who do not calculate and react to this significant opportunity will lose a competitive advantage.  Many either argue against a shorter lifecycle citing the emissions regulation calamity of the past decade or express disbelief that the OEM’s can achieve the standards set by new mandates.   Indeed, the OEM’s are already surpassing fuel economy improvements far in advance of the mandated deadlines.  And it will only get better!

For instance, consider the government subsidized Super Truck Program.   By 2014, Cummins-Peterbilt truck has demonstrated a 20% increase in engine efficiency over a 2010 model and a 70% increase in freight efficiency, reaching over 10 miles per gallon under real world driving conditions on a Class 8 tractor-trailer.  (In comparison, an average Class 8 truck typically achieved only 5.8 MPG at that time.)  Freightliner achieved a whopping 12.2 MPG on a frame that weighed 700 pounds lighter than a standard tractor frame and Volvo achieved an 88 percent improvement in overall efficiency.  Add to that the fact that the DOE announced yet another $80 million in funding to further increase truck efficiency and we have the potential to reach mpg efficiency increases not seen since congress passed the CAFE standards in 1975 to raise automobile fuel economy from an average of 13 MPG to 27.5 MPG in a 10 year period.

These improvements are causing a precipitous dip in operating expenses for transportation companies that have already cycled out their legacy trucks during Phase I of the GHG mandates.  Their results verify their savings and are the reason that they plan to ride this trend through the next decade.